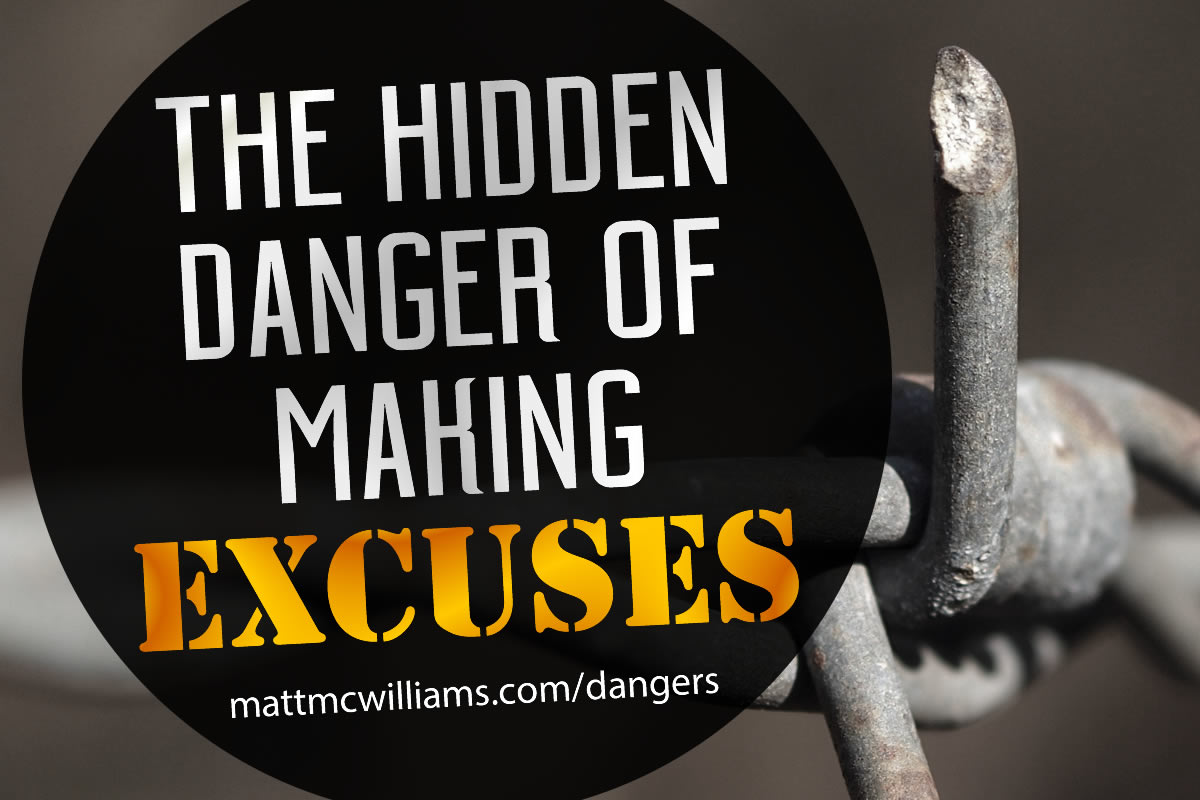 The longer you make excuses, the more you actually start to believe them. The longer you tell any lie, the most likely it is that someday you will no longer tell it as a lie, but as the truth.

You no longer cringe when you realize that what you are saying is false. The conviction you once felt disappears. The lie becomes the truth. The excuse becomes reality.


Do you want to get well?

Two thousand years ago, there was a man who had been paralyzed for thirty-eight years. 38 years!

I have a mental picture of this man. Old, decrepit, skin and bones. Helpless, defeated, and uninspiring. In those days, people like him were often referred to as “invalids.” Think about that term for a moment. In-valid. The opposite “valid.” In other words, he was worthless and useless.

For thirty-eight years, that is what he probably thought of himself. That he was inferior, worthless, and useless.

Every day, this man wished for healing. Every day, he laid by the pool in Jerusalem that was known to heal people when the waters were stirred. But, he never got in.

And what does Jesus ask this man?

What? Does he want to get well? What a terrible question. This guy has been paralyzed for thirty-eight years. He has missed out on the joys that most of us take for granted and Jesus has the nerve to ask that question?

The question makes no sense until the man responds. He begins to make excuses.

“Someone else always cuts in front of me.”

“I’ve been this way for too long. I don’t know any other way.”

Do you really want to get well?

Do you really want your life to change?

Do you really want to live out your dreams?

Do you really want to start that business?

Do you really want to write that book?

Do you really want to teach?

Do you really want your marriage to last?

Do you really want to be a great leader?

Do you really want to impact other people?

Do you really want to change the world?

Or would you rather believe the lies?

Getting well is sometimes painful. If you’ve ever had surgery to correct something wrong with your body, you know that the healing phase is often more painful than it was pre-surgery. Giving up the excuses is the same way. It can hurt.

But it is absolutely necessary if you want to be well.

Years ago, I gave up on a dream. Less than two years after ranking 14th in the nation in college golf, I gave it up because of an injury.

I did not have that surgery. Instead, I gave up on my dream.

Today, I don’t regret that I didn’t achieve my dream of playing on the PGA Tour. I regret not trying. I regret not going through the pain.  I regret not wanting to get well. I regret lying to myself and believing the excuses.

Don’t live your life with any regrets that come from excuses. Don’t believe the lies.

Choose to get well. Choose to live free.

Do you want to get well?

9 thoughts on “The Hidden Danger of Making Excuses”