Leaders, only you can set the standard.

In the office, in your family, everywhere you are a leader, you are the standard-setter and standard-bearer. 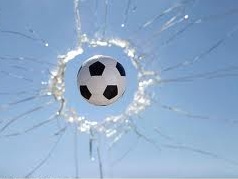 Two weeks ago I wrote a post entitled Lucky Charms (Or…How Leaders Must Set an Example) that got some great comments. Literally less than fifteen minutes after I wrote it, I was dribbling a soccer ball around the house and something hit me. What is OK for me, the leader of the home, is not OK for my daughter Aracelli. She is 16 months old and, in attempt to be like dad, may kick the ball into the window someday soon (she has a cannon for a leg already). I know that is not exactly a revelation but it hit me that this applies in all aspects of leadership.

What is OK for a leader may not be OK for the team members and a leader must act in a way that demonstrates acceptable behavior.

When I was in my first leadership position, I thought I was big stuff. We sort of accidentally grew a company from me and two others that started above a garage. Three years later we had more than fifty other people whose livelihoods depended on working for us. I wasn’t prepared for what was expected of me. When I strolled into the office at 11:00 AM because of an important breakfast meeting, I felt like a big deal. I did not expect anyone to question me, wonder where I was, or dare imitate me and show up that late.

I failed to realize that all eyes were on me, that I set the standard, and that I must act in a way that demonstrates acceptable behavior. Here are three examples of what I did wrong in that first role and what a good leader does:

Showed up when I felt like it without advanced notice or explanation. I expected everyone else to somehow know that I was attending to important things with important people at places with tablecloths and a wine list, not recovering from a late night of XBox and fantasy football draft research.

Made my team wait in a room for our weekly meeting while I dealt with a server crisis. What I was doing was more important that the weekly meeting. The server outage had the potential to cripple our young business. They could just wait on me or figure out on their own what to do with the time.

In retrospect now, what I was doing was more important. But that was not the point. I was still missing the meeting and they deserved at least an explanation and an apology. That would have taken thirty seconds at most. Instead of looking like a self-absorbed jerk, they would have been understanding and supportive…and even asked how they could help. A good leader sets the standard for handling crises like this one.

I had one direct report that was also a close friend. I hired him to move to Tennessee and work for us. We had more of an older brother/younger brother relationship than employer/employee. I spent a lot of time putting him down and cracking sarcastic jokes. Outside of work we talked a lot of trash with each other. But what I didn’t realize was that other team members saw this and either 1) assumed this is how they could treat him or 2) felt sorry for him and thought I was even more of a jerk. I didn’t need any help in that department though. He became a bit of a doormat to the others. I had demonstrated in my leadership that this was the way to treat him. That was unacceptable as a leader…and as a friend.

He demonstrates exactly how everyone should treat team members. A good leader knows that what works outside of the office with friends does not always work inside the office. This isn’t about separating work from our social life, but about treating a team member the way you want everyone else to treat him or her.

I learned that the hard way when I overheard someone comment on how poorly I treated this friend and how depressed he seemed. It was one of the single worst feelings of my life. Later that night I took him to dinner and apologized to him for how I had treated him. As I expected, he brushed it off like no it was big deal. But I knew that, as a leader, I was the cause of others mistreating him as well.

How do you set the standard for a solid culture in your organization where everyone treats other as they would like to be treated?

6 thoughts on “All Eyes Are On You, Leader”