Listening is a choice. 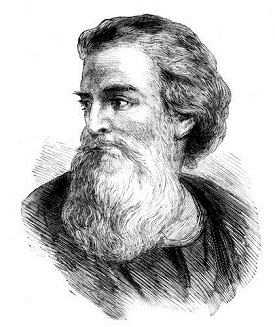 I was at a meeting last night and a curious thought hit me followed by a wave of guilt, confusion, and frustration pouring over me. If I know what I believe about God is true, then why do I continue to do the things I know that I am not supposed to do? In a moment of climatic exasperation, I wrote, “what is wrong with me?”

Just as suddenly, I remembered the words of the apostle Paul:

I do not understand what I do. For what I want to do I do not do, but what I hate I do…I have the desire to do what is good, but I cannot carry it out. For I do not do the good I want to do, but the evil I do not want to do—this I keep on doing.

Let me be clear…I am no Paul. Glad we cleared that up.

When I first became a follower of Christ, I was 28 years old with a lifetime of anger issues. “Lifetime” is not an exaggeration. I remember my first act of rage when I was four years old. The list of offenses is long, costly, and terrifying now.

At first, I assumed my Christian life would be storybook, full of over-sized, calorie-free candies and stardust-trailed frolics through meadows of clover holding hands with Jesus. I did not think that 28 years of problems would find their way into my new life. And they didn’t…for about a week.


Oh, what a magical week! Shortly after my conversion, I was rude to my business partner. I got home and felt convicted. For the first time in my life, I apologized on my own accord. He was so thankful. His appreciation was intoxicating.

When I was in high school, I had over a 4.0 GPA. I don’t say that to brag. In our school, you got a 3.5 for showing up and not being arrested. Since I was forced to show up for school every day, I made good grades. The same was true of my first semester of college. The formula for me was simple: go to class, make A’s and B’s.

Then I discovered a most peculiar thing…I wasn’t technically required to attend class. If I wanted to actually pass the class, however, I did need to attend. But no one drove me there or took attendance. My father wouldn’t get a note from the professor if I didn’t show up (I later learned that my coach did, however…and that meant I was probably going to vomit while running sprints).

It was a similar thing when I discovered that I had a choice to listen to the Spirit or not. At first, obedience felt mandatory and unconditional. Life was easier then, during that majestic week of submission to the Spirit.

I can’t say that I have come full circle on this because that would imply that I am back into full obedience mode. I am not. As Paul says later in that chapter, “What a wretched man I am!” But I inch closer every day, I “press on toward the goal to win the prize” God has for me and every day I choose to listen a little more.

Have you ever chosen not to listen? What were the results?

8 thoughts on “Learning to Not Listen”