One of the biggest mistakes a leader can make is to be oblivious to how he/she makes a team member feel. 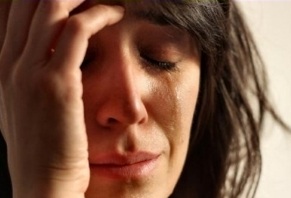 Let me restate that: One of the biggest mistakes I made as a leader was to be completely oblivious to how my team members felt.

My friend and former colleague, Hunter Ingram, once told me that it wasn’t until something he said to a team member made her cry that he realized the magnitude of his position as CEO. He was suddenly aware that he had great power and began to wield that power more carefully.

I was 28 at the time and the world, I thought, still revolved around me, so I pocketed that little nugget and moved on with life. Thankfully I still remember that lesson.

Around that time I had just about perfected the art of making team members cry. The sad thing is that I was completely oblivious to it. Sure, I knew that I sucked as a leader, but I had no concept of the impact I was having on their lives and their emotions.

While I certainly never practiced these “skills” I did learn 5 ways to make a team member cry. They are also great for completely stifling team member input, ruining a culture, and causing high turnover. I write them tongue buried somewhat in cheek, but also as a lesson to leaders of what NOT to do. I think you will find much wisdom in the polar opposite of these methods.

See yourself as being considerably more important than you are. I’ve found it helps to picture yourself like one of the characters on the movie Wall Street or any of the many Hollywood depictions of business and leadership.

See team members, particularly those with any more than 1 point lower on the IQ scale than you are, as inferior and dispensable. Hiring new team members is so easy in today’s world, right? Plus, more people are going to leave within 3 years anyway.

3. Consider a paycheck the only reward or recognition a team member should get.

Employees are magically transformed every hour by the prospect of check in 13 days that barely covers their bills, feeds their children, and maybe just maybe allows them a night out at Taco Bell. This is surely enough to stoke their motivational fires.

4. Provide constant reminders that your ideas are better than theirs are.

This is best done by belittling their ideas, with sarcasm, condescension, or a downright insult. Immediately saying “Marie, that will never work,” to a suggestion or idea goes a long way on the path to creating sobbing team members. Also, be sure to treat every new idea or project you have think of as an emergency; of the utmost importance. That’s a winner for sure.

5. Claim their ideas as your own.

This is a great follow-up to #4. If you have previously dismissed input from a team member but later realize it was actually a good idea, it is best not to apologize and give them credit, but to resurrect the idea and claim it as your own. Take full credit for it.

There you have it, how to make a team member cry…or leave…or just seethe in anger toward you and become nothing more than a body getting a paycheck.

Have you ever made a team member cry? Has anyone ever made you cry? Let’s hear some sob stories.

9 thoughts on “How to Make an Employee Cry”