As I furiously hit the gas to make the light, I realized one of the ways I have failed as a leader. 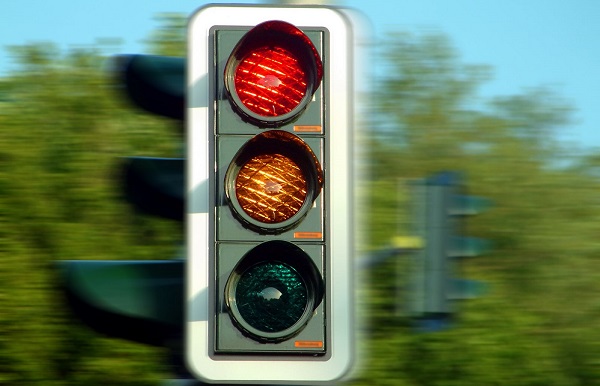 Thirty seconds earlier, I watched as the driver of a van failed to notice a green light in the left turn lane. I was mesmerized by this person’s failure to pay attention.

I watched in horror (OK, that might be a stretch, but work with me here) as the van continued not to move for what seemed like an eternity (seven seconds). An endless stream of cars (four) lined up behind this van eager to reach their destination, only to be stopped in their tracks by this incompetent van driver. Seriously…how does this happen?

Finally the van started to go, but missed the light, and in doing so, destroyed the free world as we know it for the countless (still four) cars behind it.

I watched. I judged. I criticized.

And I did the exact same thing.

In my fascination with the ghastly (I think that is an appropriate adjective for such an offense, don’t you?) act of another, I forgot to pay attention to my own light.

And that is exactly what I have done as a leader.

I was always able to find fault in my team members. But, even worse, I allowed myself to get so caught up in their mistakes and shortcomings that I forgot to pay attention to what I had to do to make our team better.

There is a good chance you have exactly zero perfect people working for you. You can interview people 1000 times and be more selective than Harvard and you will still end up with an office full of imperfect people who surprise you every day with the things they can’t do.

I began to see the plank in my eye in 2007, as I was leading my first large team. I’ve been working on it ever since.


Here are 5 steps to remove the plank from your eye as a leader:

How have you removed planks from your eye?

6 thoughts on “The Plank in a Leader’s Eye”