Someone already thinks you are pretty amazing. And yet you keep trying to prove yourself to: Your spouse, your parents, your co-workers…even people you don’t even care about. My friend Ben is pretty smart. At our men’s group recently, he threw out this nugget:

Regardless of how you view God, He already views you as awesome.

Have you ever thought that if we are made in God’s image, He is looking in billions of mirrors each day?

Yes, when God looks at you, He sees Himself! He sees His own image.

I know that’s almost impossible to digest for some. And by “some,” I mean me. In a judgmental and image-conscious world, it goes against everything we are told. It defies logic.

Is there someone you are trying to get to view you a certain way? If so, ask yourself two simple questions:

Does God already view me that way?


Warning: If you do ask yourself these questions, it will change your life. Perhaps in ways that make you uncomfortable at first. I never said change was easy.

You fill in the blanks.

There might be some changes needed as a result, but they will start from the inside, not the outside. You will change first for God and others will see the results.

I’ve had to wrestle with these questions myself over the past year. As long as I can remember, I have maintained the appearance of a hard worker. As someone who goes above and beyond the normal call of duty.

I did it in golf. My freshman year at the University of Tennessee, my proudest achievement wasn’t having the lowest scoring average on the team. It was winning the Hardest Worker award.

I’ve done it in my career. I’ve always been one of the first to the office and the last to leave.

So I asked myself why I did that. I first identified the reason. And the reason was that I always viewed my family as lazy. We weren’t rich and the reason, I assumed, was laziness.

Keep in mind, this was a view that developed when I was seven years old…and it stuck with me for nearly twenty-seven years!

The truth is that my mother and father did work hard, for the most part.

On the second question, did God see me as a hard worker? For the most part, yes, but He also saw me as someone trying to maintain an image. He showed me that I was unfocused and wasting inordinate amounts of time. I appeared to be working hard, but I was certainly not working smart.

So, I stopped trying to prove that I was a hard worker. I worked smarter and stayed focused. Sometimes that meant getting to the office at 10:00, sometimes writing at 5:30 in the morning. Sometimes it meant that I left the office in the middle of the day to go to the zoo with my family…in other words, I worked hard on my family relationships.

Once I stopped trying to get others to view me the way that God already viewed me, I was able to focus on the things that really matter. (And, as an added benefit, I became much more productive and profitable as a result)

How have you tried to get others to view you as God already does? 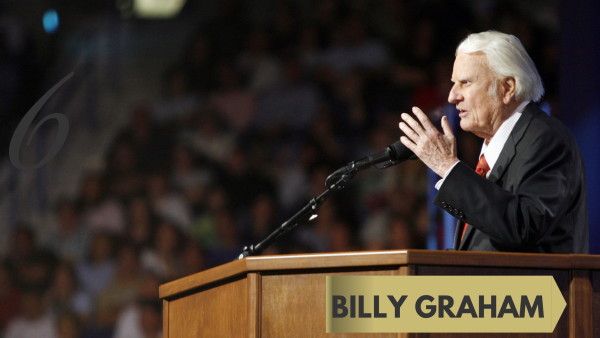 6 Marketing Lessons From The Life Of Billy Graham

The Hidden Danger of Making Excuses

Are You Trading Your Birthright for This? Jacob and Esau

Do You Want to Live a Life That is Long and Prosperous? | Psalm 34