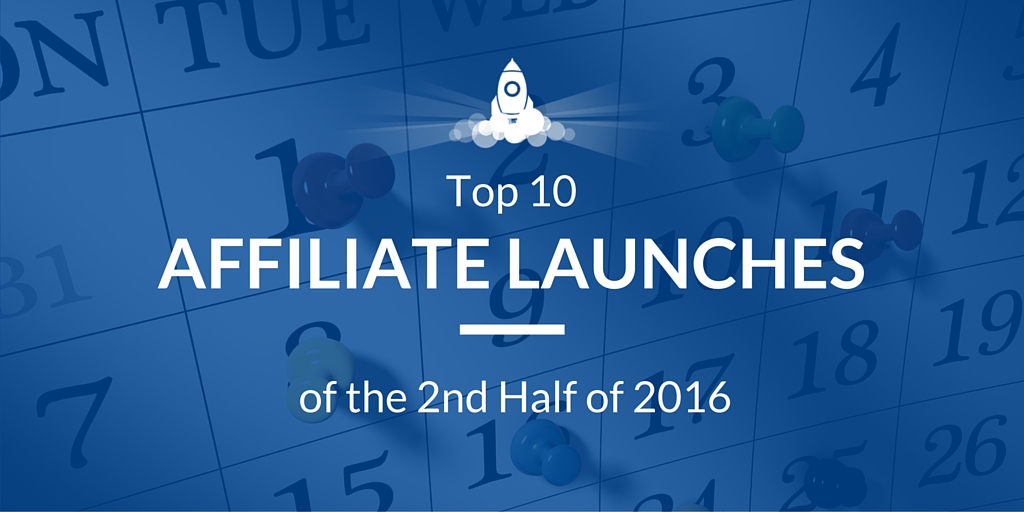 The following launches are in chronological order.

NOTE: Application to any of the following programs is no guarantee of acceptance. Some programs have stricter rules than others.

What it is: In Ramit’s words, Zero to Launch is the step-by-step system for starting a successful online business. In my words, it’s the newbie to intermediate guide for launching an online business. It’s Ramit’s exact playbook.

Who it’s for: People who want to earn a little extra money online or who want to replace their current income. Also for those who have a blog or online business that they want to grow. As a rule, anyone who has a skill or talent and wants to monetize it. Ramit can help them determine what they’re good at, and then how to turn it into a profitable business.

Who’s running it: Ramit Sethi along with Colleen Taylor.

APPLY TO BE A ZTL AFFILIATE

What it is: Your First 10,000 Readers is best-selling author Nick Stephenson’s online training course for authors and entrepreneurs who are serious about using books and publishing to grow their audience and automate their marketing.

Who it’s for: Two groups: 1. Authors who want to grow their readership and sell more books. 2. Entrepreneurs in other businesses who want to use books and publishing to build authority and grow their audience and revenue (speakers, coaches, consultants, influencers, online marketers, etc).

Who’s running it: Nick Stephenson along with my team.

What it is: The Speaker Lab Summit is 40+ world class speakers & entrepreneurs revealing their secrets to create your talk, market your speaking and build a business beyond the stage…and how to make an impact and income with your message. Speakers include Pat Flynn, Jon Acuff, Ken Davis, Chris Brogan, Jon Gordon and more.

Who it’s for: Anyone interested in speaking professionally (full-time or as a part of their business).

August 22 – September 8: Figure Out What Fits

What it is: Figure Out What Fits is a 4-week, step by step process that helps people decide what type of work they should be doing that uniquely fits them. After they complete the course they understand how to use their strengths to design a career that makes them happy.  It also includes bonus access to two other HTYC courses: “Get Your Job Now” and “Intro to Side Biz MBA”

Who it’s for: Figure Out What Fits is for anyone who is NOT doing work that they love or feels like they are called to do something more.

What it is: Quantum Success Coaching Academy (QSCA) is a certification program for anyone wanting to become a full-time success of law of attraction coach.

Who it’s for: Anyone who wants to become a full-time, successful life coach.

Requirements: None, but we’d suggest that it be a good fit for your audience before promoting it heavily.

What it is: An absolutely amazing online summit…but this is not an ordinary summit. Speakers include copywriting and product launch legends like Jeff Walker, Perry Marshall, David Garfinkel, and more. What sets it apart is that we are treating it as a product launch, not just a summit. We’ll focus on selling the product (Copywriting Academy at $997) not just on registrations.

Who it’s for: Anyone who wants to learn how to persuade others to buy their products using print, video, or audio.

Who’s running it: Ray Edwards along with my team.

Requirements: None, but we’d suggest that it be a good fit for your audience before promoting it heavily.

What it is: Tribe Writers is best-selling author Jeff Goins’ online course for those who are serious about to honing their message, building an audience, and getting published.

Who it’s for: Tribe Writers is for those who want to use writing as their primary tool for earning influence with an audience. It’s proven successful with bloggers, non-fiction and fiction authors, consultants, coaches, social media experts, and online marketers.

Who’s running it: Jeff Goins along with my team.

What it is: Josh literally built his business on LinkedIn and shows others how to do the same. In my opinion, Josh built the best, most comprehensive LinkedIn training program on the market.

Who it’s for: Anyone looking to learn how to use LinkedIn to grow their influence and business. People who are willing to do the work but need a little help getting started.

Who’s running it: Josh Turner and Ryan Farrell, who did an awesome recap of their last 7-figure launch.

(NOTE: That link will take you to Josh’s sign-up for his next launch in February 2016. You’ll be signed up for both launches this way.)

What it is: Michael Hyatt’s comprehensive goal-setting course. Best Year Ever helps the person who feels like they haven’t quite reached their full potential effectively set and achieve meaningful goals.

Who it’s for: Literally anyone. (Not kidding)

Who’s running it: Michael Hyatt along with my team.

What it is: This summit is focused on achieving peak performance at work. Speakers include David Allen, Tom Rath, Gretchen Rubin, Greg McKeown, Michael Hyatt, and Dan Ariely (all NYT bestsellers). It had more than 30,000 attendees last year and this year will be even bigger.

Who it’s for: Anyone looking to achieve peak performance at work (whether they work for someone else or they are an entrepreneur).

Who’s running it: Ron Friedman along with my team.

What it is: The Quit Your Job in 6 Months (QuitN6 for short) Internet Business Program is designed to help relative internet newbs go from $0 to $100 per day of online income or more in 6 months or less using a variety of tactics that Matt has used himself.

Who it’s for: People who currently have a day job and are looking to break into online marketing.

Who’s running it: Matt Stone and Steve Reed. Matt’s been a top 5 affiliate on several launches that I’ve done. He’s a great guy to partner up with, and he’s a master at quick, successful website launches, which is what the QuitN6 course is all about.

Price and Commission: List price is $299 with some discounts available. 75%.

Categories: Affiliate Marketing, Product Launches
Disclosure of Material Connection: Some of the links on this page above are “affiliate links.” This means if you click on the link and purchase the item, I will receive an affiliate commission. Regardless, I only recommend products or services I use personally and believe will add value to my readers. I am disclosing this in accordance with the Federal Trade Commission’s 16 CFR, Part 255: “Guides Concerning the Use of Endorsements and Testimonials in Advertising.”