It has often been said that failure is the path of least persistence. Success, however, is the result of taking the path of most resistance. Abraham Lincoln’s story illustrates that so perfectly. 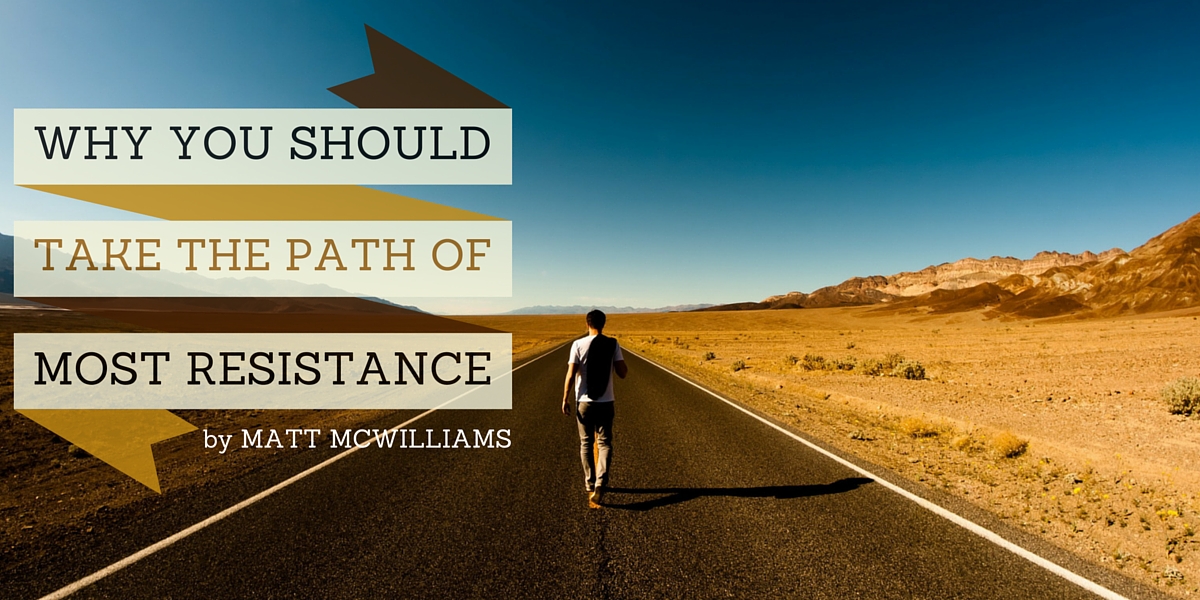 The Story of Lincoln

Many of us know the general story of Abraham Lincoln, the poster child for persistence. He had nearly everything go against him and yet, by all accounts, he left a nearly unmatched legacy.

Forget for a moment that you know the end of the story. Forget that you see his face every time you look at a penny or five-dollar bill. Forget that he has a giant monument made to honor him. Forget all of his successes and read this account of his life and you tell me where you think it’s going.

Born in a one-room cabin in the middle of nowhere to a poor family.

Brother died in infancy. Sister died while giving birth. Mother died when he was nine.

The same year his mother died, he was nearly killed when kicked in the head by a horse.

He had virtually no formal education. All signs point to poverty and obscurity. But this boy is determined.

He borrowed books and read Shakespeare, learned basic math on his own, and even joined a local debating society. He was on his way. He was overcoming the circumstances.

His employer went out of business the same year.

His partnership at another store failed in 1833, leaving him deep in debt.

He wins! In 1834 he was elected to the Illinois General Assembly. Victory!

His partner died and made his debt even more severe.

He then had a marriage proposal rejected, several bouts with depression, and a failed run for Congress.

After two failed bids for the U.S. Senate, you’ve got to think the story ends. It’s time to throw in the towel. There is no way this man could possibly be…

Well. you know the rest of the story. Elected in 1860 as the leader of a country in need of…exactly him, the right man for the job.


If Only You Don’t Quit

Can you even imagine what that must have felt like after all the defeats, all the heartache, and all of the doubt?

The voices cried out for him to give up.

His critics called him crazy.

His friends even gave up on him.

But he never quit.

You may never find yourself sitting in the Oval Office. Or even the CEO’s office. But you will find yourself exactly where you are supposed to be…if only you don’t quit.

No matter what happens in life, you will find yourself exactly where you are supposed to be…if only you don’t quit.

When you don’t give up, you can never truly fail.

Success is waiting for you. Go get it.

What is one time in your life that you persisted through failure? How did it lead you to success?