Willpower alone is never enough to overcome an obstacle, resist temptation, or reach your destiny. In fact, as the day wears on, it gets weaker the more we use it. You must manage your willpower in order to be effective.


You know this all too well if you have ever attempted a strict diet or tried to summon the energy to start your term paper early. Willpower is never enough. But what do you do about that?

Stay strong. Stay strong. Stay strong.
I repeated that mantra over and over again as the cake in the dining hall called my name. It was my sophomore year in college. I was ranked 14th in the nation by Golfweek Magazine mid-way through the golf season.
During the 8-week winter break, I decided to take my game to the next level and get in the best shape of my life. I’d already lost 15 pounds and had 5 more to go.
On this day, I’d awakened at 6:00 AM, ran 25 gassers (if you don’t know what those are, just know that by gasser #20, I usually vomited), lifted weights, crawled back to the dorm, eaten a healthy breakfast, and made it to class on time. By dinner, I had attended four hours of classes (and stayed awake for at least three of them), hit golf balls for two hours in the cold, and even completed some of my reading for class.
By 6:00 PM, I was tired but I successfully avoided the temptation to break my diet and had no cake. The spring season was four weeks away and I was determined to be in great shape. At 8:00 PM, I raided the vending machine and ate the equivalent of an entire cake.

My willpower failed. It’s that simple.
I had denied myself for so long and finally reached the point that I couldn’t take it anymore. Have you ever felt that way?
If I had known then what I know now, I would never have relied on willpower. Any dietician will tell you that willpower alone is never enough to avoid unhealthy foods. Relying on willpower virtually guarantees relapse, as it did in my case.
The same is true regardless of what habit you might be trying to break or skill you might be trying to learn. We believe that we can change our ingrained habits through sheer willpower. And it never works. Here’s why.

Why willpower is not enough

Willpower is similar to a muscle in that the more you use it early in the day, the weaker it is later in the day. Over time, it grows stronger, but the more willpower you use before lunch, the less you will have after dinner.
You may know this instinctively, but there are numerous studies which prove it.
Experiment One
The first, by Roy Baumeister, involves cookies and radishes. He split a group of hungry college students into three groups.

What happens next is fascinating. Baumeister gave each group an impossible-to-solve geometric puzzle. And guess who spent the most time before they threw up their hands and gave up? Groups 2 and 3. Group 1 gave up quickly. Groups 2 and 3 persevered.
But why? They had reserve willpower. Group 1 used it all resisting the cookies.
We are hardwired to crave sweets and most of us were were brought up to enjoy a cookie over a radish. So that is ingrained in us. Overcoming that drains our willpower, saving none for later in the day.
Experiment Two
Baumeister and others made people watch humorous films and told them to suppress their laughter. Imagine watching Tommy Boy and not laughing. They allowed the other group to laugh.
They were then asked to solve a series of challenging anagrams. Again, the group which was allowed to laugh outperformed the group which was not allowed to laugh. They lasted much longer and persisted through difficulty.

It may seem like change is impossible then. There is “an invisible force” constantly pulling you towards the wrong thing and willpower isn’t enough to overcome.
Old habits. The easy road. The familiar. These are easy to give in to. So how do we tap into our willpower when needed and avoid giving in to temptation and weakness? Below are four ways.

4 ways to use willpower effectively

1. Save it.
Save your willpower for when you really need it. Let’s say, hypothetically, that you have 100 units of willpower. Don’t use 90 of them in the morning and afternoon just to resist a single treat. Give in to the treat so that later you have the willpower and energy to make it through a long meeting and to hit the gym.
Fill your morning with activities that don’t require the use of much willpower.
2. One thing at a time.
Don’t try to wake up thirty minutes earlier and lose twenty pounds at the same time. If late night binges are crashing your diet, sleep in and get the rest you need. Save that willpower for later. Once you’ve lost the twenty pounds, then you work on the waking up earlier. (When the time is right, learn how to be a morning person)


3. Fail small.
When I was trying to lose weight, I was good on weekdays. I was busy and active all week. But I gave myself one day off each week. On those days, I was prone to eating entire cakes or pizzas. So I made failing a smaller thing.
I would eat an extra protein bar or make some food that wasn’t terrible for me and pig out on that. I would be so full by 6:00 that I didn’t need willpower. Plan ahead so that you can fail small.
4. Give yourself grace.
You will fail. Even if you plan ahead, some of your failures will be big. You will give in to temptation. Your willpower will disappear when you need it most. What then?
That’s when you need to give yourself grace. Admit the shortcoming, don’t analyze it but do learn from it, and move on. One cake (even an entire one) doesn’t kill a goal. Even the more unhealthy cakes disappear after five or six miles running. Be kind to yourself and get back on track.
Over time, you will strengthen your willpower, but for now focus on managing it with these four tips.
What would you add to this list? How do you manage your willpower effectively? 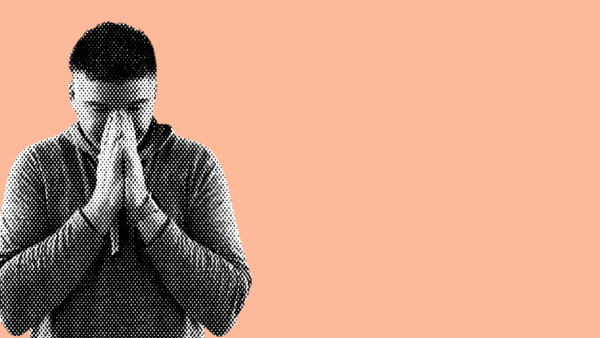 Special Edition: How to Thrive During Chaos (Thoughts on COVID-19 Coronavirus) 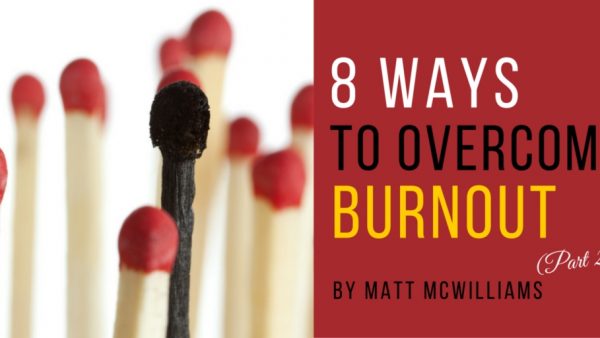 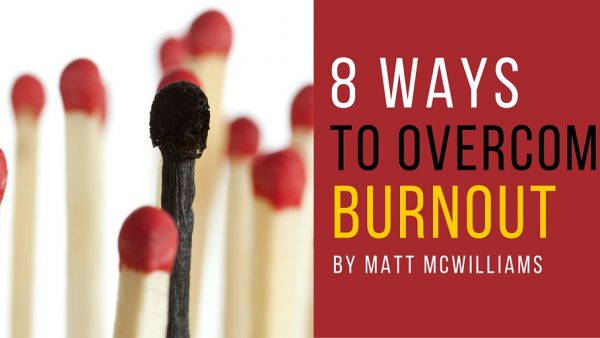 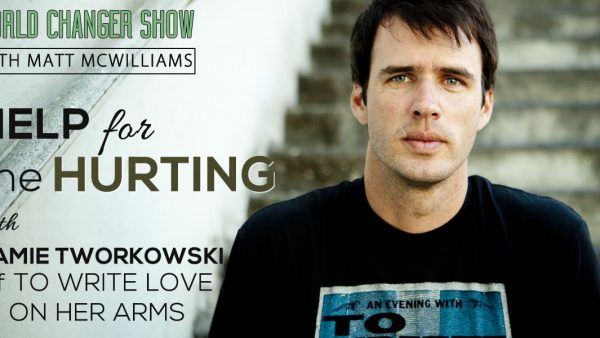 Episode 095: Help for the Hurting with Jamie Tworkowski