For some reason today I was thinking back to when I was much, much younger (don’t laugh…I have gray hair now). 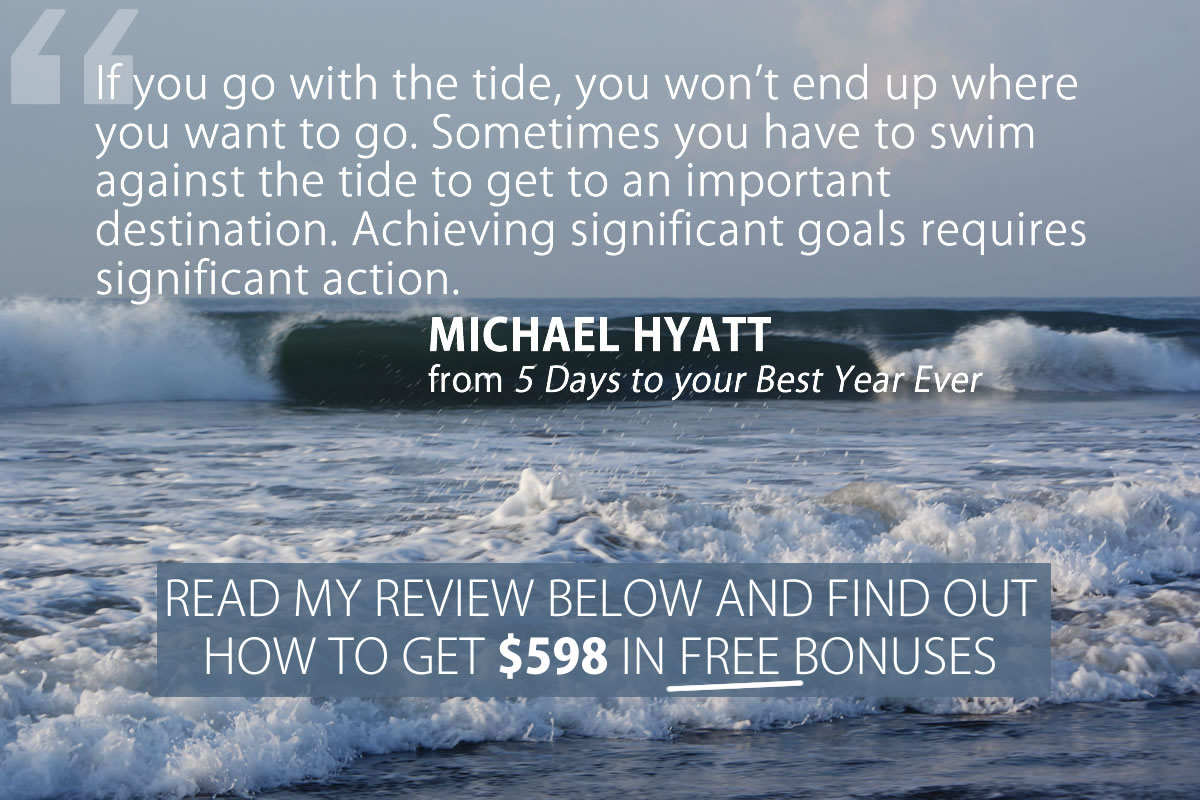 2001 was a memorable year for all the wrong reasons for me.

Of course, the terrorist attacks of September 11 stood out in mind. Those events defined our world and cast a shadow over many of our years.

But, in my own self-centered world, what troubled me most about the year was that I spent most of it dazed and confused (literally and figuratively).

Earlier that year I left college after being kicked off the golf team and out of school. My entire identity was destroyed.

I gave up my dream of playing professional golf due to an injury and in less than six months, gained 30 pounds, had a job I hated, and was still living with my mom.

I woke up most mornings depressed, spent most days going through the motions, and spent most nights looking for an escape.

Alcohol. Drugs. Mindless hours in front of the TV. You name it…anything to numb the pain I was feeling.

And so, there I was on New Year’s Eve, alone and depressed.

For months, thoughts of ending it all crossed my mind, but they were getting worse now. Why face another year of the same old, same old? Why continue this mind-numbing, endless cycle?

Shortly after, I discovered something that changed my life. In fact, it might just have saved it.

The funny thing is, there is nothing revolutionary about this. I’d heard about it for years and even tried it a few times.

No, it wasn’t a pill. It was something so simple it was almost ridiculous:

I remember the first goals I set that year. They weren’t exactly ambitious, but they gave me something to work towards.

I hit two of those three goals and amazingly by the end of the year, I had also done so much more:

– Run for public office and made it through a primary election (the youngest person in North Carolina history to do so at the time).

– Learned how to do online marketing.

All that from setting a few simple goals.

So with a proven method for success, what did I do?

Promptly forgot it all and went back into the same old habits. And sure enough, just a few years later I found myself in the same place New Year’s Eve.

Because I didn’t have a PROVEN formula for reaching my full potential. I was making it up as I went.

Now, what about YOU?

Do you have a plan? Do you consistently and systematically set new goals and reach most of them year after year?

If so, GREAT. Nothing else to do. Seriously, you are good to go.

If NOT, join Michael Hyatt’s 5 Days to Your Best Year Ever.

Last year, we paid more in TAXES than we made all of the year before! In other words, it ROCKED!

That’s where my not-so-secret secret weapon comes in.

I’ve been through it THREE times already and I’m going through it again next year.

Last year alone over 7,000+ people went through the program – and there are some incredible stories of people experiencing incredible transformations in their life.

You can experience the same by following Michael’s plan.

But there is a catch…

It’s only open for the a very short period of time. After that, he closes it down to focus on supporting the new class of people going through the program.

If you know deep down that you’re capable of more but have felt stuck not knowing how to experience the kind of breakthrough you deserve, then go check out 5 Days to Your Best Year Ever.

FINAL NOTE: The first time I took the course, I did it alone. It was good, don’t get me wrong, but NOTHING like going through with my wife. If you are married, take the course together. If you are not married, take it with your significant other, a friend or an accountability partner.