So you’ve been knocked down…now what? In golf, as in life, you will suffer defeat. There will be times when you choke, succumb to pressure, or just lose it in the furnace that is a stressful and important situation.

At almost every major golf tournament each year, someone “blows it.” Someone who has never won a major championship before (there are four each year), leads with 18 holes to go. Or perhaps even only three or four holes. And they “find a way to lose.”

And as history looks back on these players, there are two possible narratives that emerge:

“He never recovered from that defeat.”

“He bounced back and used that experience as a catalyst to success.”

Golfweek writer Jeff Rude wrote an incredible article recently entitled, Takes special player to bounce back from major flub. The article reads not so much as a lesson for golfers, but for everyone. Business owners, parents, students, salespeople, you name it.

The condensed version is that there are 7 steps to overcoming defeat:

One of my favorite authors, sports/performance psychologist Bob Rotella, who wrote Life is Not a Game of Perfect: Finding Your Real Talent and Making It Work for You (highly recommended), is quoted in the article:

Some guys don’t want to get there again. The easy option is to give up on yourself and be happy with just having a nice life.

In other words, they blew it once and they don’t want to take the chance that it will ever happen again.

Every golfer grows up dreaming of winning major championships. No one grows up dreaming of just being in the top 100, even if that means making $1,000,000+ per year. But when that dream is seemingly shattered, some players retreat. They give up on their dream. While others respond in a much different way…

Step 2: Get in the position again

The alternative to fear and surrender is, as Hall of Famer Tom Watson says:

Get yourself in position again, and do it better next time.

Watson goes on to say:

I learned to win by hating to lose. That’s the backbone of what it takes.

I went right back to work and took my anger out on the dirt on the practice range.

Adam Scott, currently ranked third in the world, knows this feeling all too well. Less than a year ago, he led the British Open (one of the four majors) by four shots with four holes left. He bogeyed each of them and lost by one shot.

I used that as a positive and motivator. Your inner pride takes a real hit, and you want to rectify that as quick as possible because you know you’re capable of more. It’s (a mindset of) ‘I’ll show them and I’ll show myself.’

Davis Love III had come up short for years before finally winning a major in 1997.

You always take the positive out of it. So you keep persevering instead of feeling sorry for yourself. You keep telling yourself you have game. It’s like a 3-point shooter in basketball. You keep shooting. It’s a cockiness attitude, but you have to take the positive rather than the negative.

Rotella reminds his players (and all of us) that after defeat we must remind ourselves that:

“I know for sure I can win. I know I can handle it mentally and emotionally and get there. I don’t have to worry about that anymore.”

Some players get so much grief when they lose, they wonder if they want to get there again. So it’s crucial that you want to get back in the hunt.

You have to want to be back in that same spot as soon as possible.

You’ve got to relish the chance to prove yourself again. And willing to take the chance that you might experience pain again.

Growing up, before the defeat, before the failure, before we knew what it was like to lose, all we saw was victory.

Every shot was made, every putt was holed, every trophy was won.

That’s where champions are made.

You’d better start visualizing yourself winning, It’s easy to go to bed every night and visualize having lost. But you have to focus on the positive and hang around the right people and visualize getting there next time. That’s an important part of the puzzle, because everybody is going to ask what went wrong.

The key is to get up every day and continue to be optimistic and work your tail off and believe you’re going to get one of these majors. What keeps you alive is having a challenge. And the great athletes don’t care what they have to go through to get it.

And so it is with you, The Great:

In the immortal words of Chumbawamba (whatever happened to them by the way?),:

I get knocked down,
but I get up again,
and you’re never gonna keep me down.

That’s just what Adam Scott did. Here he is earlier this year winning The Masters. In case you were wondering, this is what overcoming defeat looks like: How do you respond to defeat? 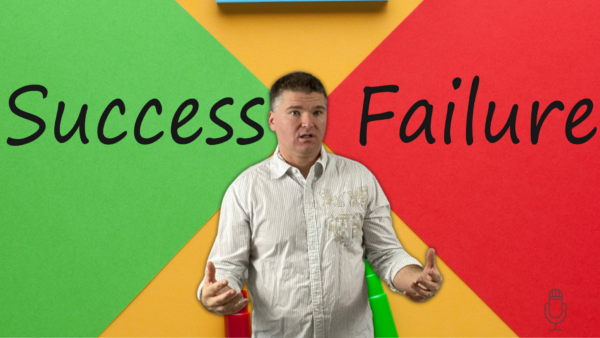 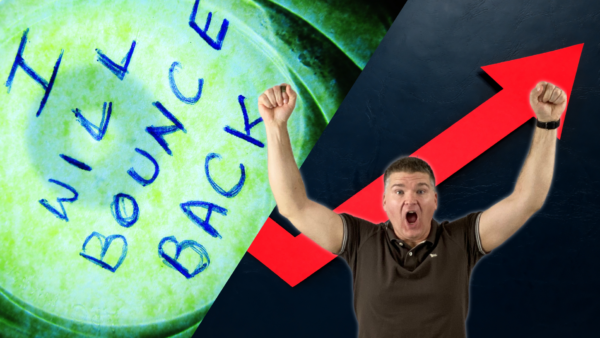 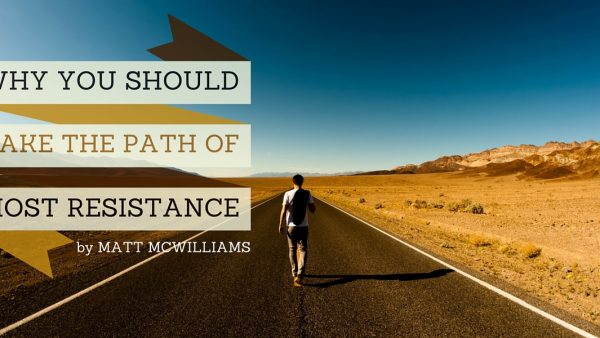 9 thoughts on “How to Overcome Defeat | Lessons from Bob Rotella, Adam Scott, & More”