There is one mistake that almost everyone makes when networking. This one killer mistake destroys the best laid plans, often derails potentially great businesses before they even get started, and discourages people from even trying to build their network.

What is that mistake? I share it below, but first I want to share a story with you.

Let’s say you are starting a company. This, according to my reader survey, is true for at least 20% of you.

This company manufactures compression t-shirts for athletes. Your product is genuinely superior to anything on the market, but how do you get the word out? How can you possibly compete with the likes of Nike, Reebok, and Adidas?

By not making the one mistake most people make when networking or building a business.

And just what is that mistake?

When most people network, they tend to target the wrong two groups of people. I’ve seen it time and time again.

Group One: The too lofty target

This is the “shoot for the moon” strategy. If you are selling athletic compression t-shirts, you target all of the college athletic directors and professional sports general managers.

The problem with this strategy is two-fold:

1. They are often the most unattainable contacts. The odds of connecting on a meaningful level with a Fortune 500 CEO, the University of Tennessee’s Athletic Director, or the GM of the Boston Red Sox is slim. At least in the early stages of networking or building your business. Often, people do this because of their ego. To know someone famous or really important must mean they, too, are important.

2. They are often too far removed from the decision-making process. CEOs, athletic directors, and GMs don’t make a lot of small decisions. The GM of the Red Sox isn’t choosing his team’s compression t-shirts. Nor is the AD for Tennessee.

This is the target that you already know. Fut fear tells you not to go one level higher. That next level is where you need to be.

In the example of the compression t-shirts, this might be your best friend since grade school who coaches the local high school lacrosse team. It might be easy to get them to try the shirts out (free equipment is a big deal to budget-strapped high school teams), but it’s probably not going to lead anywhere.

So, who then are the right targets?

It’s those people in between the other two groups. It’s people with whom you must exert effort to develop the relationship, but are often “off the radar.”

In the case of your compression t-shirt company, it’s the equipment managers for college football programs.

Quick: Name an equipment manager at a Division 1 football program. Odds are that you can’t. If you’re even a casual sports fan, you can probably at least name a few coaches. They are members of that first group. They are too lofty.

But equipment managers…they are not only attainable targets, but they are also the real decision makers. The average equipment manager at a top-level football program controls a budget of nearly $1 Million dollars!

Read that again. The guy you’ve never heard of is responsible for a nearly 6-figure budget. At the more prominent schools, it can easily be in the $2 Million range.

The Under Armour Way

So if you are Kevin Plank, the founder of a startup called Under Armour, that’s exactly what you do.

Today, you know Under Armour as a Billion-dollar powerhouse, but Plank actually started the company in 1996. It would be another nine years before Plank could even put himself on the payroll.

Plank built the company one relationship at a time. “Relationships,” he said, It’s all about relationships — meeting people, treating them with decency and dignity, and turning them into friends.”

But not relationships with the coaches or athletic directors. Not with only people he already knew.

At conferences, he got to know the equipment managers. He treated them to dinner. And his superior product began to show up in more locker rooms across the country. The reason Plank succeeded is that he targeted the right people in his networking.

Some people would view the equipment manager as too low on the totem pole. After all, all they do is wash jock straps and lay out clothes, right? But Plank knew better. He saw the hidden value of those managers.

Other people would be unwilling to target anyone outside of their current sphere, regardless of where they were on the totem pole. Their product or service ultimately finds itself unwanted, unused, and forever abandoned to the land of broken dreams, that mythical land of “what could have been.”

“What we have accomplished,” Plank said, “is directly attributable to the friends we’ve made and the relationships we have built and maintained.” (emphasis mine).

Notice it wasn’t just the friends he had but the ones he made to which he credits his success. It’s not the relationships he accidentally discovered, but the ones he built, with hard work.

And they were the right relationships. With the real decision-makers.

Are you making this networking mistake? If not, what are some strategies you’ve used to build a powerful network? 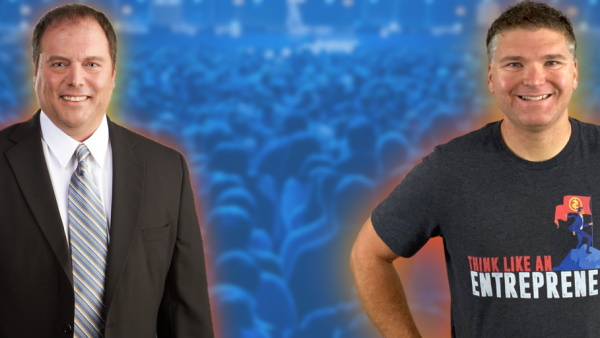 3 thoughts on “Lesson from Under Armour: Do You Make This One Networking Mistake?”