In my inaugural post, I wrote a sentence that I almost didn’t include:

“I have held trophies and awards with the same hands that have been handcuffed.”

Here is the story behind that statement and what I learned from it. 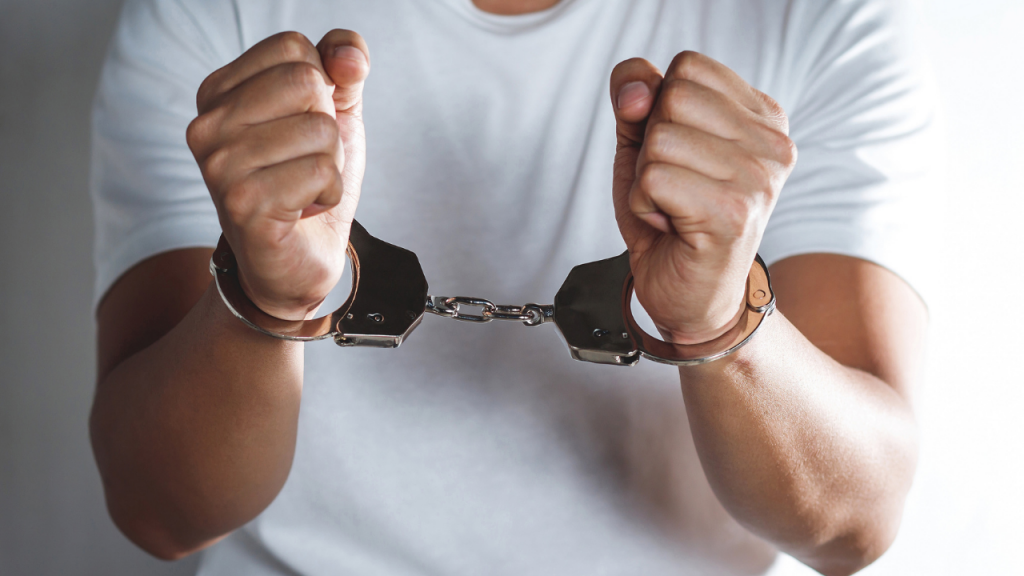 I’ve never worn an orange jumpsuit or actually spent a night in jail, but it wasn’t a metaphor.

When I was 25, a grand jury indicted me on seven counts of perjury. (Wow, that was almost as fun to write as it was to go through.)

I ran for the local Board of Education at the age of 23. In doing so, I was required to file regular campaign finance reports. I falsified seven of the reports due to poor record-keeping. I signed the reports under oath and false reports are perjury. That’s seven counts of perjury…all felonies…with six years prison for each of them. I refuse to use the fact that I was 23 as an excuse for what I did wrong on those reports. The reality was that I was just immature…and stupid.

Later the next year, I was recruited to run for the State House against the incumbent Co-Speaker of the House. His nickname was Boss Hogg. That alone should paint a picture of how ruthless he is. Donations poured in, invitations to speak were overwhelming, and several state representatives endorsed me early. Then I got a phone call.

It was from the local newspaper and they wanted a statement on why the State Board of Elections was in town investigating my campaign. I had no clue. They never did find any wrongdoing in that campaign. It was clean as a whistle, but they did find the irregularities in my first campaign.

When I went to the sheriff’s office, they had to do all of the paperwork, including fingerprinting, taking my picture, and other fun stuff. Since this took place at the jail, they had to, by law, put me in handcuffs and walk me across the street to the jail. Incidentally, this was the time I learned why every person’s newspaper photo going to jail looks so awful. They open the door directly in the sun, so I end up squinting and holding my hands up to my forehead, which is a great pose when I’m handcuffed. That made for an awesome front page picture the next day in the local newspaper.

I never ended up serving prison time, thankfully. I’m sure it helped that I knew the local District Attorney, but rarely would they go all out on someone for less than a $300 error. I did serve 90 days house arrest (so, in case you were wondering, yes I have worn an ankle bracelet) and did a bunch of community service.

To demonstrate how much of a punk I was at 25 years old when the judge announced my house arrest (you do get to leave home…a lot actually) and asked what I did for a living, I smugly answered, “I work from home,” and grinned. Yeah, I was that kind of a punk. Good thing he had already made his ruling.

This was a fundamental error in integrity…or sin. I prefer the former because it uses big words and reminds me less of how what I did was evil in the literal sense. I didn’t “mess up.” But I did make a mess.

I found out years later one of the reasons why I got off so easy for my “fundamental error in integrity.” It was, in part, because I never claimed that I had “made a mistake.” I never claimed ignorance of right and wrong. I admitted my wrongdoing and, in the process, made the investigators’ lives a little easier. I think I was rewarded for that.

So there is a part of my story. A dark part, with an awesome light that came from it…but that, my friends, is for another day.

What is your definition of personal accountability?

21 thoughts on “Handcuffs (Or…That Time I Was Arrested)”