Few people in the online marketing space have had a greater impact on my business than Jeff Walker. If you aren’t familiar with Jeff, he is the creator of Product Launch Formula (PLF) and has revolutionized the online marketing world. I owe much of my success in my business to the things that I have learned from Jeff’s course, book, videos, and emails. Today, I share the most powerful lesson I have ever learned from Jeff Walker (and, I promise, it’s not what you think!). 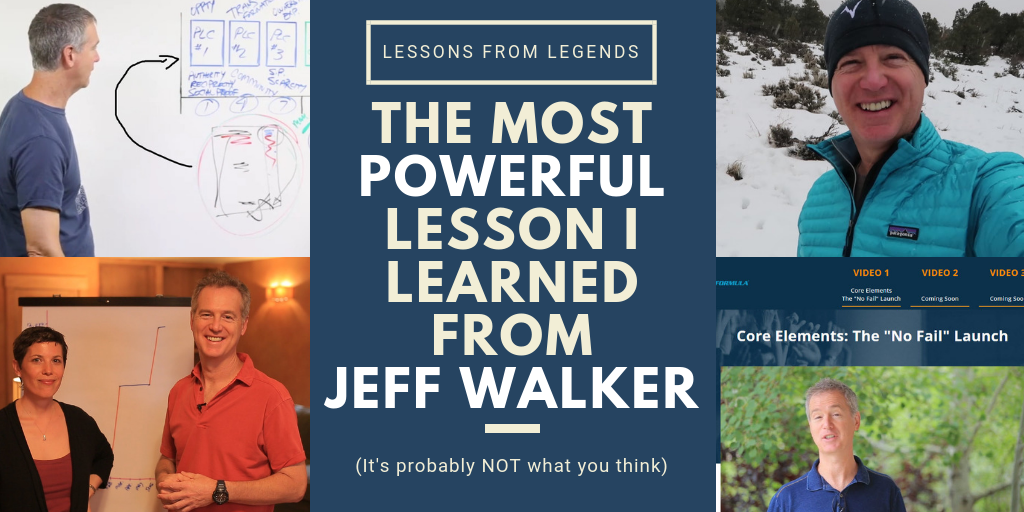 The “F” Word Is Not A Dirty Word

Jeff Walker is best known for his course, Product Launch Formula. The key word in that title being “formula.”

THAT is the “F” word I’m talking about.

Formula. A word that is dirty to some people.

But there is incredible power found in proven formulas.

I used to HATE the idea of using a formula. But then I discovered the Pareto Principle (AKA the 80/20 Formula) and how it applies to ALL aspects of our lives.

If you aren’t familiar with it, the Pareto Principle originally stated that 20% of the people controlled 80% of the wealth. However, since Vilfredo Pareto developed the idea in the 1800’s in Italy, we have found that the 80/20 principle applies to almost everything. 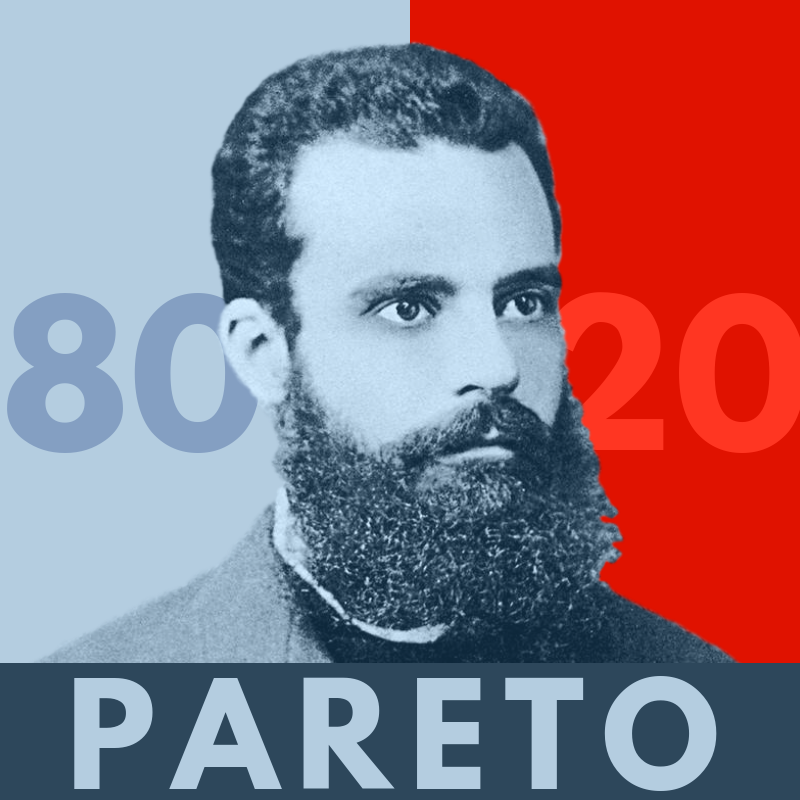 And formulas are the way that you can quickly harness the power of the 80/20 principle. That’s because a good formula embodies all of the best practices and highest ROI activities pertaining to a certain outcome.

Most of the online courses I have purchased and recommend are just that: formulas for simplifying and streamlining the process of achieving a desired result. In other words, they make challenging concepts easy to understand. They make difficult processes easy to execute. And they make extraordinary results easy to achieve.

These are all examples of proven formulas that help you achieve a specific result.

Formulas Are a Lot Cooler Than They Seem

I know there are some who will read this post and say “Yeah, but formulas, frameworks, and templates are SO BORING! I prefer to just be creative and see what happens!”

I know that because I used to feel the exact same way. I used to cringe just thinking of being “confined” by a process or (gasp) a formula!

Formulas can sound bland and boring — and who wants to be boring, when you can be fun and creative? 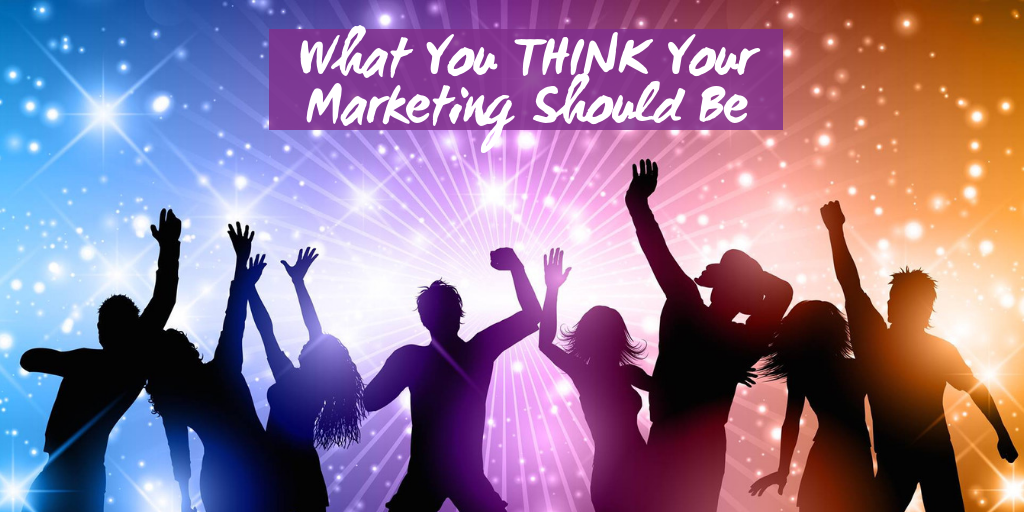 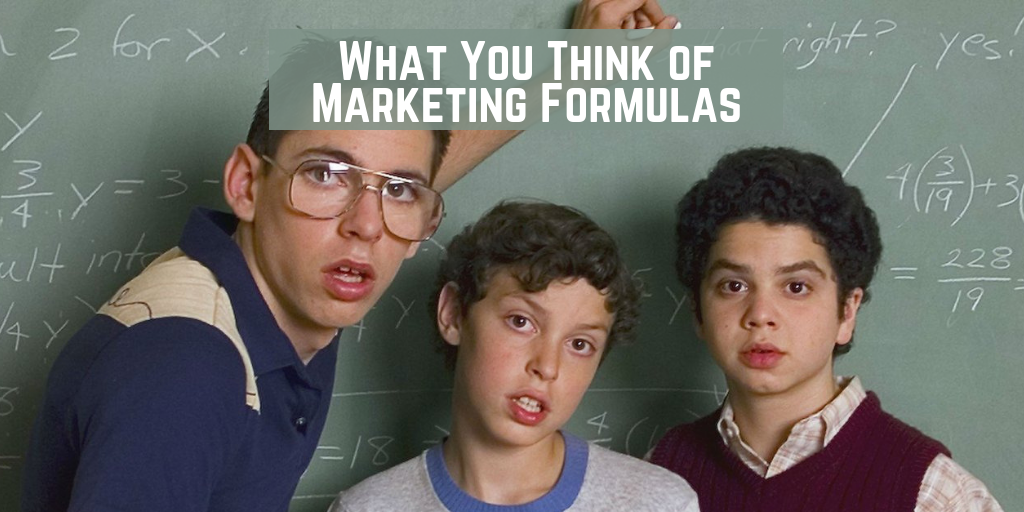 But what I’ve found is having a good formula actually unleashes my creativity, rather than hindering it!

Does giving you the scenario mean you can’t be creative?

You can actually be MORE creative and come up with something MUCH funnier because you have a framework to work within.

The same is true with a good formula. 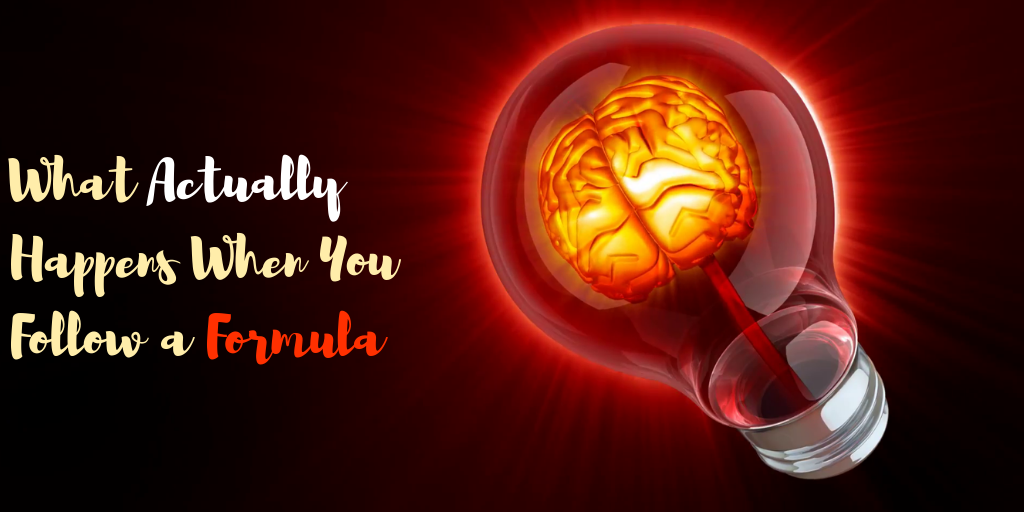 It Worked For Others, But…

Some people don’t think formulas are all that boring. They just don’t think they will work for them.

“Sure,” they say to themselves. “It worked for him, but that would never work for me. He’s .”

Or they think that it was a fluke. Or that it was all about timing. Or that it only works for men in their 50’s, whose children are all grown up, who have a graduate degree, and whose favorite football team is in the NFC East.

But the reality is that the beauty of a good formula is that it is universally true. It’s time-tested and proven…even if you don’t think it will work for you, it will.

Nature is full of proven formulas that work – regardless of whether we believe in them or not.

Take water for example. The formula for water is two parts hydrogen and one part oxygen.

Whether you believe that formula works or not is irrelevant, because it still works.

Or a rainbow. The formula for a rainbow is simple. You need a light source and water droplets (typically in the air). But if you understand the formula, even a small child can create a rainbow at home! 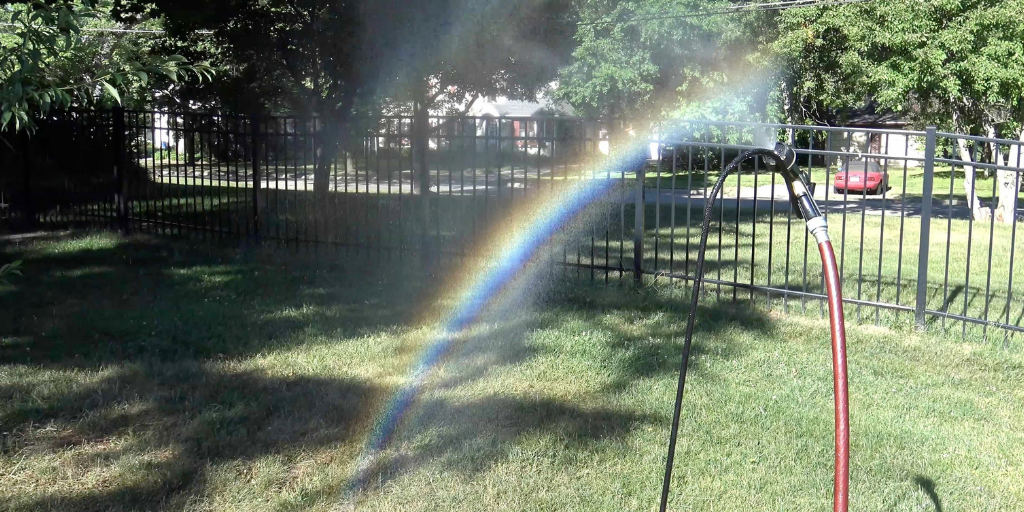 Even your favorite mixed drink is nothing more than a formula.

I don’t drink, but even I know that a gin and tonic is nothing more than combining gin with tonic (I wonder how long it took to name that drink!).

That’s what I love about Jeff’s Product Launch Formula. It’s been proven to work in almost any niche. 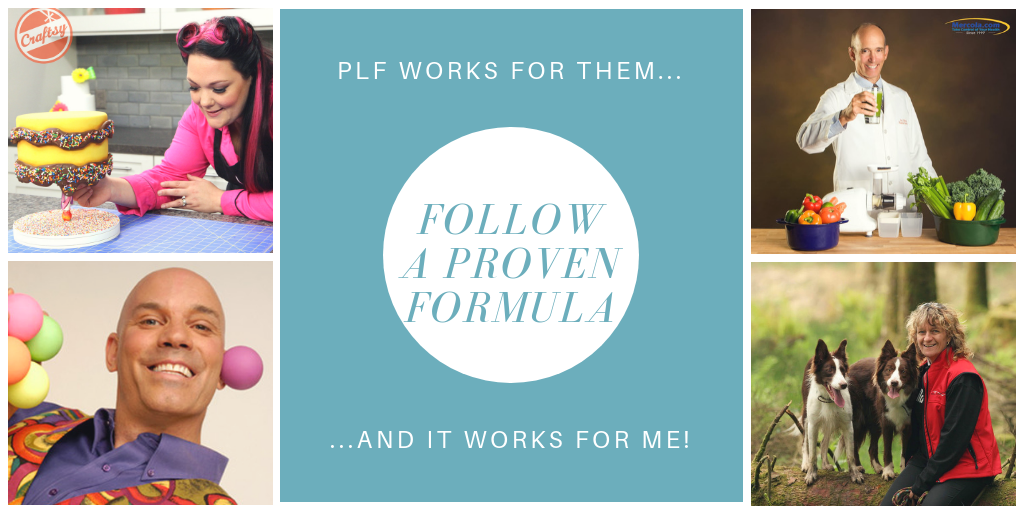 And my team and I have used PLF in my business to attract hundreds of students to our courses.

CASE STUDY: Watch the video recap of our recent NPNP Launch to see how we applied Jeff’s Formula.

Not All Formulas Are Created Equal

Just because someone has a formula, doesn’t mean it’s the complete or even the best formula.

For example, if I asked you who invented the light bulb, who would you say?

The problem was, his formula was extremely expensive and, therefore, uneconomical.

Edison wasn’t even the second person. That was Joseph Swan. He created a bulb a year before Edison, in 1878, however, his bulb burned out much too quickly.

Multiple people had the right formula for the light bulb, but it was Edison who perfected the formula and led to the mass implementation of the technology.

Therefore, we all remember Edison, and no one remembers de La Rue or Swan.

Orville and Wilbur Wright weren’t the only ones with the formula for flight. 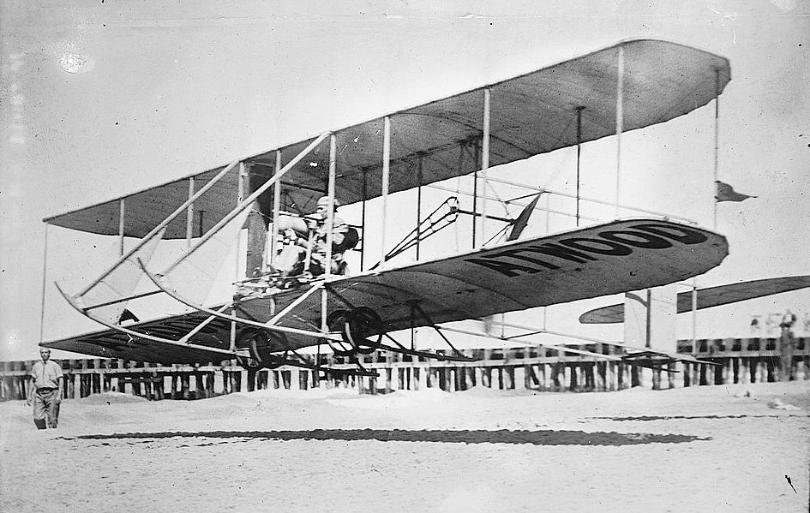 Samuel Pierpont Langley was the only flight pioneer to get government funding and had several successful unmanned flights as early as 1896.

He understood the principles of thrust and drag that make flight possible. But because he was unable to make the leap to a successful manned flight, the Wright Brothers are a household name. And Samuel Pierpont Langley is not.

Every new innovation shares a similar trait – it is rare that only the person credited with the breakthrough was the only one to have the formula. But they ARE the one to put the formula together in the right way with the correct parts to make it work.

When it comes to launching online products, Jeff Walker is widely credited with having THE formula that works.

It is based on timeless principles that have worked for hundreds of years.

Giving value before asking for a sale, which leads to reciprocity.

Building buzz and agitating the problem before presenting a solution, which leads to pent up demand.

All of these have been used for generations, but Jeff organized them into a FORMULA that works.

After studying and applying Jeff’s Product Launch Formula, our business exploded! And soon, I recognized the value of discovering or developing formulas in other aspects of my business and life to achieve greater success.

How Do I Know If It’s a Good Formula?

So how do you know if a formula is a good formula?

There are two ways to know whether a formula will work:

How do you know that water and a light source create a rainbow?

By doing an experiment in your backyard, you can see for yourself. Or you can look up in the sky the next time it rains and the sun comes out. Either way, you can see the evidence of the formula. You can easily see proof that the formula works.

How do we know that the Wright Brothers’ formula for manned flight works?

We see proof every time a plane flies above us. And we have first-hand experience every time we get on a plane ourselves.

I know that Jeff Walker’s Product Launch Formula is a good formula because I have experienced the results personally in my business. But before I had my own experiences, I saw the countless testimonials, case studies and results that others had achieved using his system.

With any good formula, you will be able to both see the results of others and experience the results for yourself.

Which formulas will you implement into your life and business to achieve success? 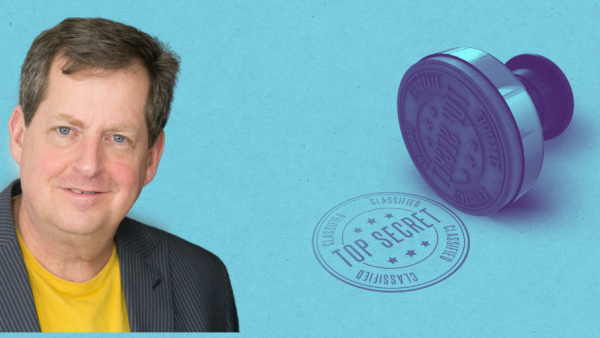 The Most Important Part of Your Marketing with John Jantsch 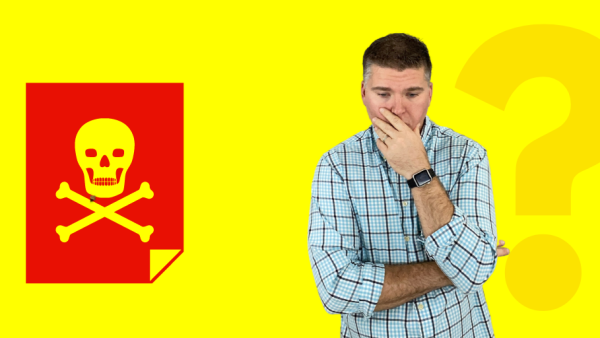 Does Fear-Based Marketing Actually Work (And is it Ethical)? 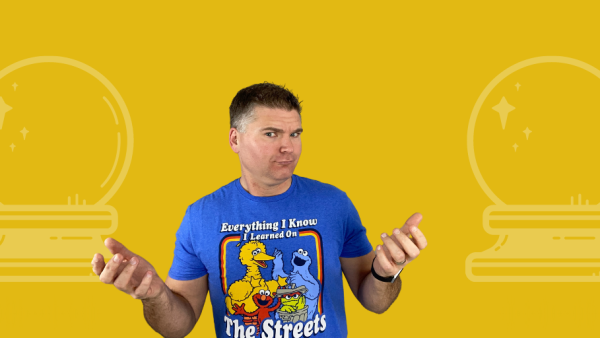 My BOLD Predictions for Affiliate Marketing in 2021 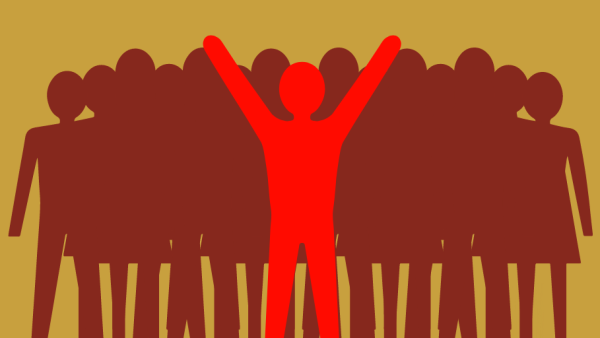 4 Ways to Stand Out in a Crowded Niche