For 37 years, I struggled with something. This struggle kept me from enjoying one of life’s simple pleasures…the frozen burrito. Until recently… 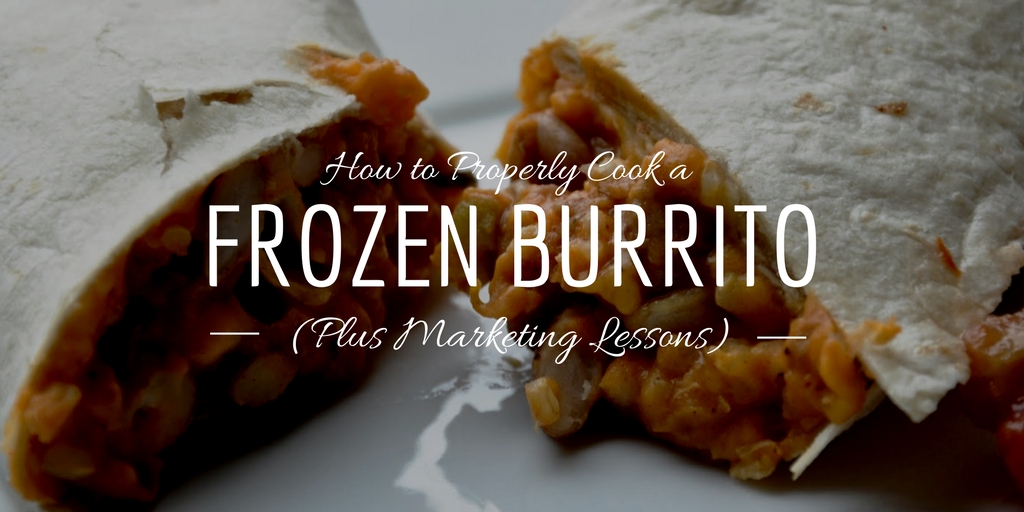 I finally discovered the RIGHT WAY to cook a frozen burrito and I just had to share it with you.

Don’t worry, there is a marketing lesson in here…but stick with me on the burrito thing for a sec.

Normally a frozen burrito ends up cooked in one of two ways:

-Hot on the inside and brick hard on the outside

-Warm and soft on the outside and a disgusting meat popsicle on the inside. In other words, two terrible options…until I tried something new.

Here’s the secret to a great frozen burrito:

YOU STEAM IT FIRST!

That’s right…you boil some water and cook it for 35 minutes in a collander first.

Then cook it in the oven at 350 degrees for about 7 minutes.

It took a little experimenting but, by gosh, I can now make the perfect frozen burrito.

(NOTE: Your times and temperatures may vary but play around with it a little)

So, what’s the marketing lesson here?

That you need to try new things.

That you can’t live inside the box. In fact, you have to HATE the box.

Get out there and steam your friggin’ burrito.

That is what marketing is all about.

Trying new things. Breaking stuff. Failing miserably. Ending up with a soggy burrito now and then.

This is how you get ahead in marketing…being the one brave enough to try something new.

You get ahead in marketing by being the one brave enough to try something new.

And here’s the thing…trying something new doesn’t mean you have to invent some new social network or do anything all that crazy.

Or the frozen burrito.

But I combined two awesome things and made them even better (much like the time I combined ketchup, sour cream, and guacamole into an amazing pork chop sauce…try it sometime).

I plan on doing a lot more testing in the future and SHARING the results here on my blog.

YOU should do the same!

Some experiments will work. Some won’t.

But I CHALLENGE you to try something new today with your marketing.

Try something new with your affiliate campaigns.

Try something new with your blog.

Try something new on social media.