Allow me to introduce you to Jim Wang from Microblogger. Jim built a hugely successful personal finance blog all the way back in dial-up days (2005) and now has an awesome blog at Microblogger.com. Check him out and enjoy this bit of awesomeness from him. 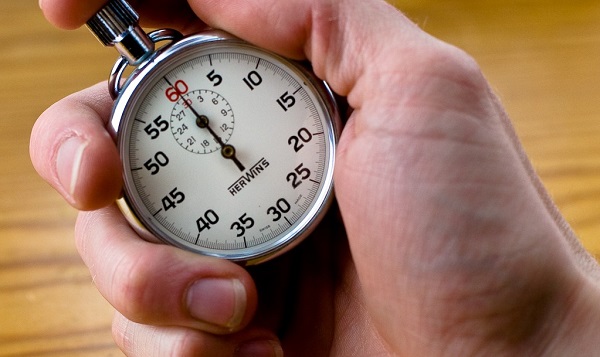 Scarcity of time can be a good thing. Found out how from @wangarific. (Tweet That)

“Work expands so as to fill the time available for its completion.”

That’s known as Parkinson’s law and it comes from the first sentence of an essay, written by Cyril Northcote Parkinson, that was published in The Economist in 1955.


It’s since been cited numerous times and while it’s not a law in the “we have tons of data to prove it” sense, it’s an idea that you should take to heart if you’re trying to run a business.

When I started my personal finance blog, Bargaineering, I was doing it as a fun little side project. I’d find myself with a lot of time after work and given the deluge of personal finance news and information I had to digest (reading 401k manuals wasn’t my idea of fun but you have to do it!), I thought it’d be useful to keep a journal. It just so happened that I did it as a blog.

As the years passed, I kept up with the blog and it grew into something much bigger than I ever anticipated. As it grew, it consumed more and more of my time. I’d sit down at the computer after dinner to write a post or two, maybe read an article, and I’d find myself staring at the clock striking midnight having done nothing but surf the web. As midnight crept closer, I started feeling pressure to do work and I’d occasionally squeeze in a sub-par post in before I fell asleep. Sometimes I’d just stay up a little longer, do the work, and then fall asleep.

That is, however, a terrible way of doing things. I got away with it because I was single, had few constraints and demands on my time, but I had to change my ways if I wanted to take my business to the next level.

So I instituted a new schedule.

I found that I was far more productive after I added this structure and here’s why:

I’m more effective at 7PM than at midnight.

I put all of my “thinking” work in the beginning, where I needed to be as sharp as possible mentally in order to write, research, edit and analyze my posts. I went back to look at posts I wrote at 10PM and 11PM – they were garbage. I knew it too because I’d be exhausted after a day of work and three hours of surfing the internet. It’s an approach I take today – I do all of my writing in the morning and leave the afternoons for phone calls, meetings, and email. (Related Post: How I Became a Morning Person…And You Can, Too)

This may or may not work for you, you just need to adjust your schedule to match how you perform. If you’re a night owl and do your best work after 10 PM, watch your cat videos and TED talks at 9 PM so you’re ready to go when you hit your prime time.


Carving out a set time is predicable.

7-9 PM was my “work” time. Just as 9 to 5 was my “work” time for my day job, I needed to set a time as my “work” time at night. If I didn’t, I would find myself checking email whenever I had a few minutes and a “quick check” would turn into thirty minutes lost. Before I was married, this was fine, albeit inefficient. Once I started getting demands on my time, I had to do better and having a set time made it easier on my relationship with my girlfriend (now wife). She knew when I was “working” and when I wasn’t, which made it easier on our relationship.

Scarcity is a good thing.

Not only scarcity of time for your work but scarcity of your time for others. If anyone can reach you at a moment’s notice, you aren’t hard to get a hold of. If you’re not hard to reach, there’s the risk that others won’t value your time. So by limiting the amount of time you’re made available, you actually increase your value both to yourself and to others, such as clients. 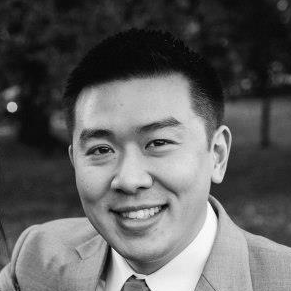 Jim Wang writes at Microblogger.com, where he shares his experiences starting and growing a seven-figure personal finance blog. You can also find him on LinkedIn, Twitter, and Google+.

A set time helps you focus.

If you don’t have a schedule, you might sit down at the computer without a clear goal in mind. When I sit down at 7 PM, it’s writing time. I write. There’s no checking email, there’s no messaging friends, there’s no video watching, I write or research articles. I don’t get sucked down rabbit holes or wander the internet aimlessly. It’s very freeing to have direction and focus.

A deadline also forces you to focus on finishing the task at hand before the time is up. I stopped writing at 8 PM and made sure I wrapped things up by 8 PM. I slipped from time to time, if I knew I was very close to putting the finishing touches, but I knew I was cutting into the second and final hour of work. I would never go past 9 PM unless there was an emergency of some kind (which was rare in blogging).

It can help avoid burnout.

I was working 8-10 hours at my day job and then putting in another 3-4 for the site, it was unsustainable. It was unhealthy. I had to restrict my side job time to 2 hours just to retain my sanity. You can only go so hard for so long before you burn out and lose interest. Setting time constraints was my way of preventing that and I was lucky to largely avoid it. I’d still get stuck in a rut from time to time but it was never for long, I credit my time restrictions for that.

As is the case with anything in life, it will depend a lot on your situation and you should never look at things as black and white. You might make yourself available for calls between 7 – 9 PM but sometimes emergencies happen and you are unlikely to ignore a client call at 9:01 PM, right? That said, limiting your time and forcing yourself to work within those constraints will bring greater benefits in the long run.

How can you set better boundaries on your time and be more effective?

Category: Personal Development
Disclosure of Material Connection: Some of the links on this page above are “affiliate links.” This means if you click on the link and purchase the item, I will receive an affiliate commission. Regardless, I only recommend products or services I use personally and believe will add value to my readers. I am disclosing this in accordance with the Federal Trade Commission’s 16 CFR, Part 255: “Guides Concerning the Use of Endorsements and Testimonials in Advertising.”