It’s that time of year again…time to make a commitment to big changes, massive improvement, and big ideas for the year ahead. Today, I’ll reveal my top 10 suggested resolutions for affiliate marketers and affiliate managers. Commit to these and I can promise you that next year will be 10 times better than this one was!

Click Here for The Written Transcript of This Episode

Links Mentioned in this Episode

Turn Your Passions into Profits Book

Previous Episodes of The Affiliate Guy

Creating Your Ideal Customer Avatar: How to Get Crystal Clear on Your Audience Part 2

How to Get Crystal Clear on Your Audience Part One

The Proven Path for Building a Rewarding Online Business

How to Outperform Your List Size in Affiliate Promotions: Lessons From 15 Affiliates Who Had Small Lists But Finished High On Affiliate Leaderboards

It’s that time of year again.

Time to make a commitment to big changes, massive improvement, and big ideas for the year ahead.

Commit to these and I can promise you that next year will be ten times better than this one was.

So listen, I don’t believe in new York’s resolutions, so why in the heck am I doing a podcast episode around resolutions?

Why would I do this?

Because I do believe that there is something to be said for a new year being a fresh start.

Winter, spring, summer or fall, you can set goals. Some of the biggest goals that I’ve ever set, I set at a random date.

I’ve set goals with a month left in the year, it doesn’t matter.

But I also know that there is something to be said for that turning of the calendar, that fresh start, that new page that we get right?

I know there’s a study that I was reading recently.

It talks about the doorway effect, how that when we walk through a doorway, the reason why we forget stuff, we enter a room, we’re like, why did I come into this room?

I thought it was just me, but it’s very common. It’s called the doorway effect.

You walk through a doorway, you’re in a new environment.

There’s something to be said for being in that new environment and part of that can be flipping the calendar over.

It’s a new year, we change the date. We change so many things on that new year.

And I know one of the things that I love about here as I’m recording this, we’re coming up on the shortest day of the year, and I hear a lot of people going, oh, it’s so depressing.

It’s the shortest day of the year. The sun doesn’t come up till eight and it gets dark at five, at least where I live.

Perspective means every day from this point forward, for the next six months, the days get longer.

Think about it like when I’m recording this, we’re just a couple of days away from the days getting longer, not shorter.

Three, four weeks from now, the days are going to be 30, 45 minutes longer than they are today.

And I’m like, yeah, that’s something to be excited about.

I’m going to start with the affiliate marketers and let’s dive right in.

Before we do, real quick, though, want to make sure to mention I know I’ve been talking a lot about it, and I’m still going to be talking about it for a few more weeks.

My book turn your passions into profits.

We just got word the other day it is the number one book in our category on Amazon or three weeks before launch.

As I’m recording this three weeks before launch, it is number one on Amazon in our category, not number one new release.

We had already achieved that. We’re beating some people like my friend Scott Oldford and Amy Porterfield was just kind of cool.

And we’re beating some other big names. But now we’re the number one best seller in Amazon under the small business category, beating guys like Dan Sullivan and a bunch of others.

Of course I took a screenshot and we celebrated that.
As a team, we got a long way to go, so I’ll make sure to put a link in the show notes.

https://passionsintoprofitsbook.com/ if you haven’t been there yet and havn’t checked it out, we’ve got tons of amazing bonuses that are available only right now, they’re not going to be available very much longer.

So make sure you go check that out. We got so many pre order bonuses. Like, we want to drive this book.

We want to get this book in the hands of as many people as possible.

So we super appreciate all of you who have already purchased the book, all of those who ordered five copies.

Just a reminder, if you order five copy preorder five copies, we will immediately send you a signed physical copy.

So we’re already getting people writing back saying, I’m reading the book or I’ve read the book and oh my goodness, I’m going to share a story in an email coming up that’s just going to blow your mind.

The gist is a lady. She basically read the book.

She was interviewing me for the podcast. She’s been a fan for a while.

She interviewed me for the podcast, and she told me afterwards, she’s like, man, I just want to let you know I basically had a choice like, a week before you sent me the book, I was facing a choice between quitting my business or continuing in her state.

She said, Matt, I had to make the choice between car insurance or continuing my business.

And I got your book, and I started on it, and I went, oh my gosh, I have hope.

So I’m going to keep going. I can walk for a few months.

So that’s kind of impact that it’s having on people who are getting early copies.

Again, you can pre order your copy@passionsintopsbook.com, make sure you go there to get all those awesome extra bonuses.

So, all right, let’s jump into these New Year’s resolutions for affiliates.

1) First, resolution number one, resolve to build your list.

I write about this in my book. Intern your passions into profits.

Step three in the book is all about capturing attention.

I’ve shared in previous episodes how to stand out, right?

Getting noticed is easier than any point in human history, but standing out is harder than ever.

So make it a focus to stand out this year and then step four, convert visitors into subscribers.

Always be growing your email list. If you grow at 1% in a quarter, that’s a success.

Could you have a down month? Of course.

Months, yeah. But quarters, no. We made a commitment as a company. We are going to grow every quarter.

But we are going to grow our list by 1%. A quarter at a minimum.

Actually, we haven’t even committed that.

All we’ve committed is we will have one more subscriber at the end of the quarter than we started it with.

That is our commitment as a company. Why are we so focused on that?

Well, number one, that deeper connection with our audience.

When you have an email list, you have a deeper connection with your audience than any other place.

And they do that 50 to 100 times. They don’t do that with email. They just don’t. So, deeper connection.

Secondly, you’re guaranteed to be seen.

They may not choose to reply, but they will see it.

Thirdly, you can segment your messaging.

The men, the women, the people who are into affiliate marketing.

It goes to all of them. But I can segment my audience with email.

Fourth, you can allow them to specifically say, I don’t want to know more about this one thing.

Send me all your normal emails, but not about this one thing.

You can’t do that with social media. And then, fifthly, you own the connection.

I haven’t exactly talked about this publicly.

There’s a long story to it, and it is what it is.

But LinkedIn banned me earlier this year for no reason.

They said I violated their terms, won’t tell me what I did. I barely even post on LinkedIn.

So I lost thousands and thousands of connections.

I had built those connections since 2007, maybe 2006. I had a lot of people connected to me on LinkedIn.

I mean, literally, probably 15 to 25,000 people all gone just because they said I did something wrong.

Email, that can’t happen. You own the connection.

And the best way to grow your email list is having a really quality lead magnet.

Nobody is going to subscribe to your newsletter. I hate to break it to you.

Nobody wakes up and goes, you know what I really want? 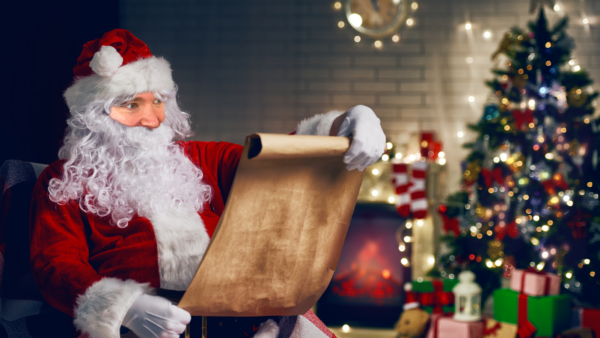 Affiliate Management During The Holiday Season 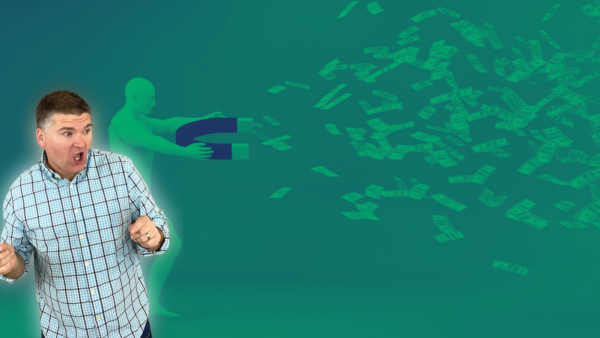 How To Increase Your Sales On Affiliate/Joint Venture Programs 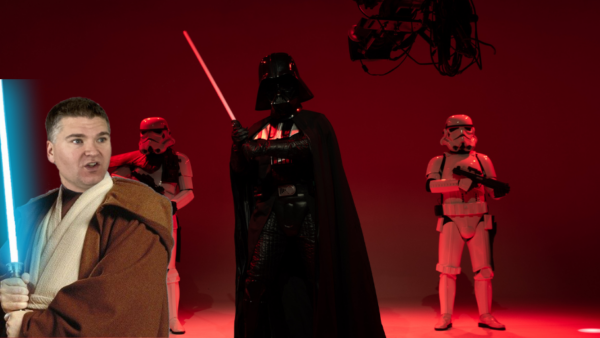 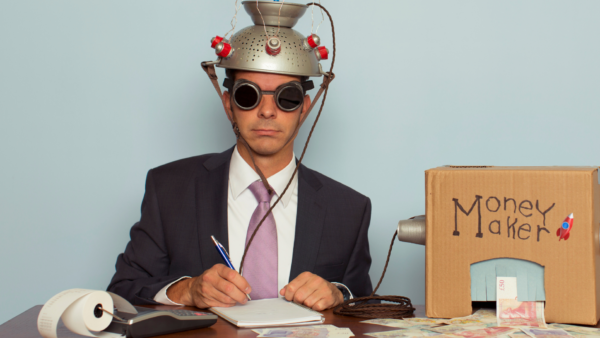 How To Start An Affiliate Program For Free 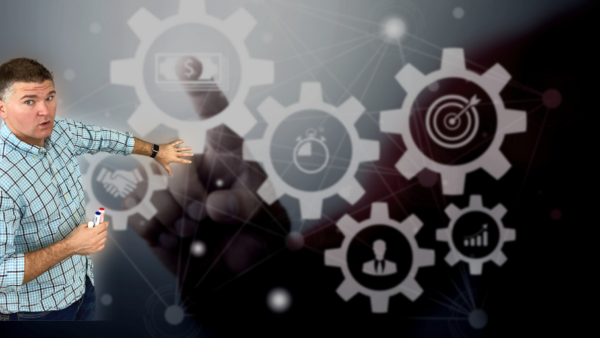 How to Become an Affiliate Manager 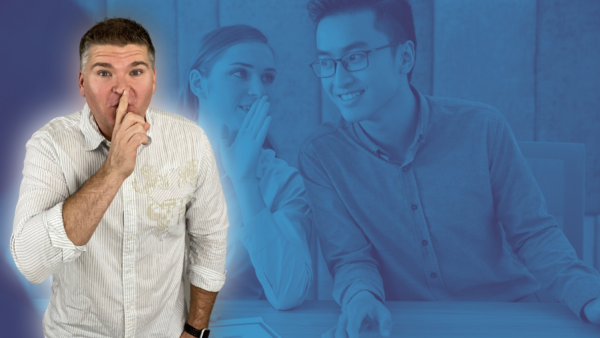 The 3 Secrets of Successful Affiliate Programs 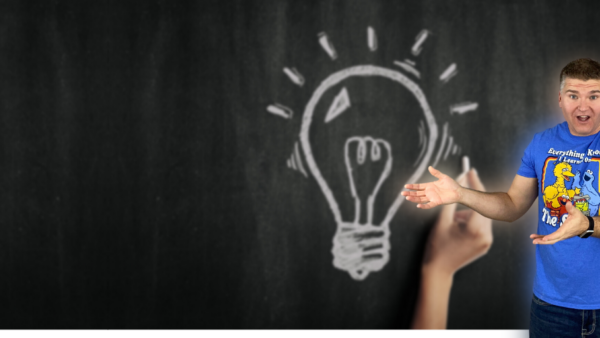 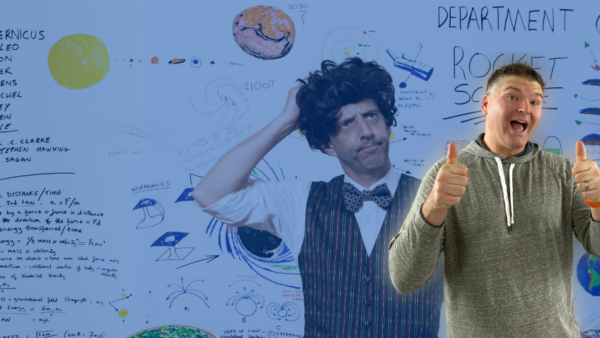