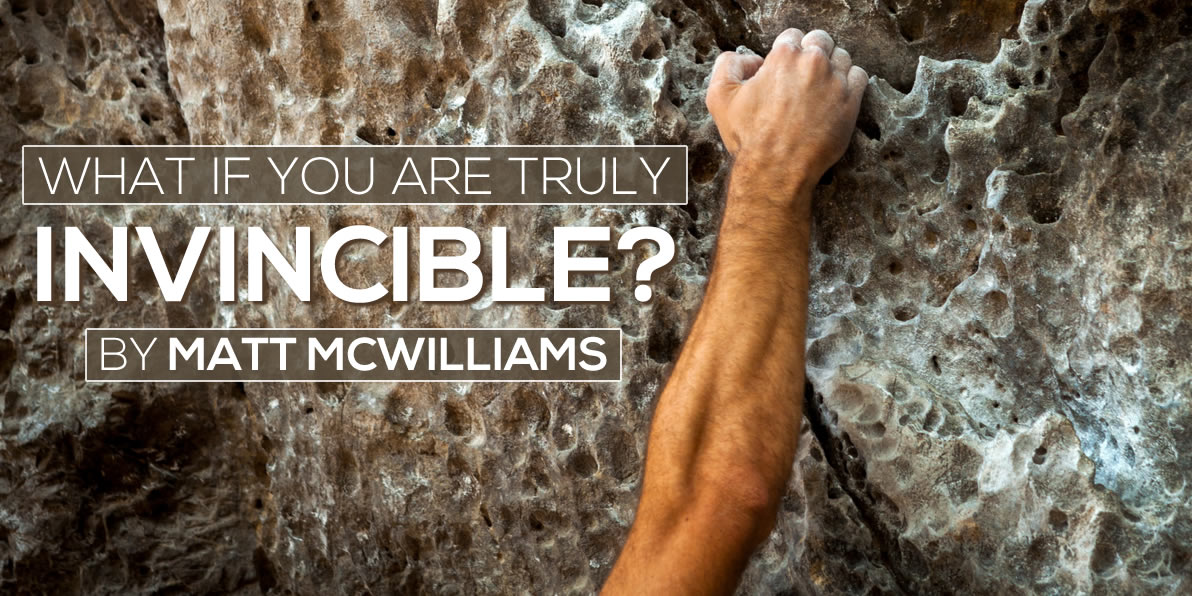 What if we reacted that way when we fail?, I thought. What if I could truly never lose? What if I actually am invincible?

“I can just change the rules.”

It’s the attitude we should all have.

That attitude that says we can always win.

What if you Couldn’t Lose?

Imagine applying this to life. What would it look like if you failed at your business, but changed the rules?

You didn’t really fail. You just learned how not to do it. What if you had to go bankrupt twice…or nearly three times as the average millionaire does…before you quit?

What would you be capable of if you couldn’t lose?

I read once that many venture capitalists won’t hire a CEO for a startup that hasn’t already failed at business. That goes against everything we’re taught as children. We’re taught the key to success is success. We’re told to pick the most successful people to build a team.

Maybe you’ve failed at something recently. Maybe you thought that was the end of your dream. Maybe you’re ready to give up on your business, your non-profit, your degree, or whatever it is.

Like that little girl at the playground, it’s time to act invincible. Keep playing the game, never give up, and always remember that if things don’t go your way, you can always make up new rules.

What would you be doing if you knew you couldn’t fail?

5 thoughts on “What if You Are Truly Invincible?”